Jamestown: Legend of the Lost Colony 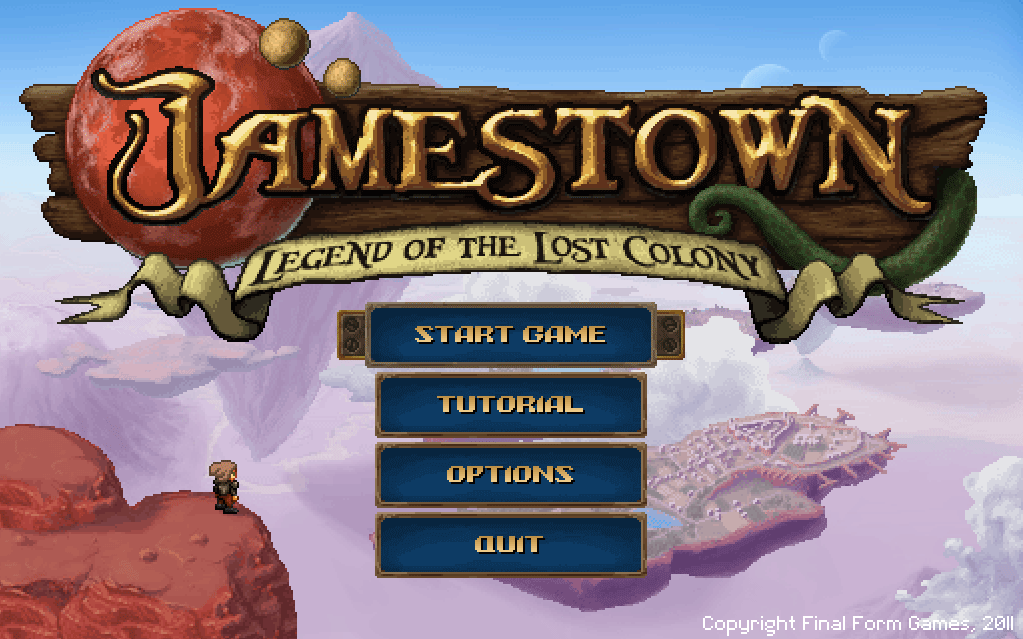 Welcome to Day 07 of Half Hour of Power! I knew going into my play session today that I would thoroughly enjoy Jamestown. I had heard a lot of buzz about it when it was originally released and I’ve loved shmups, especially the bullet-hell variety, ever since I was little. I remember once I played Galaga for 30 minutes before a movie started, much to the astonishment of the 30-something-year-old gentlemen whom stood, slack-jawed, that a 10-year-old had made it to round 27 without dying. Ever since I’ve tried everything from Raiden-Trad to Deathsmiles, Gradius to Espgaluda, and Jamestown is one of the slickest I’ve ever played. However, what is most interesting is that in a genre that prides itself on tight controls, engaging gameplay, and almost abusive difficulty; my take away point from Jamestown was actually it’s story.

If you’re familiar with the shmup genre, you’re well aware that most have… passable stories at best, but most are convoluted nightmares of school girls inexplicably fighting demons and shooting beams of light from various orifices or straight militarized combat vehicles performing robotic tasks for robotic masters. I had naturally assumed Jamestown would be similar when I heard the name. Jamestown, that’s a settlement in early American history, oh and there’s Roanoke, the mysterious town that vanished into the night. However, all preconceived notions of absurdity and biases toward whatever mysticism the game would employ to explain how flying machines were in pre-Revolution America could have prepared me for the last two sentences of the opening cutscene, “Some call this place the New World. The Romans called it… Mars.” When the word “Mars” came on the screen, I let out in audible exclamation “Oh… my… shit…” Suddenly everything made complete and perfect sense for the narrative. It seems like certain magic McGuffin type logic you’ll find in some RPGs. A character will question why humans can suddenly breathe underwater and someone in the party will replying, “Because we invented X gadget in year Y” but what that really translates to is, “The developers wanted to have an underwater section.” Here, it feels much more akin to the developers understanding the ridiculous nature of their core story-idea, and yet embraced that absurdity. The next two cutscenes, all of which were beautifully done in a nice retro style, firmly cemented Jamestown as being the shmup with the most cohesive and well-thought out narrative I’ve ever played. It has completely entranced me, in terms of engagement with the fiction, and left me very eager to finish the game. 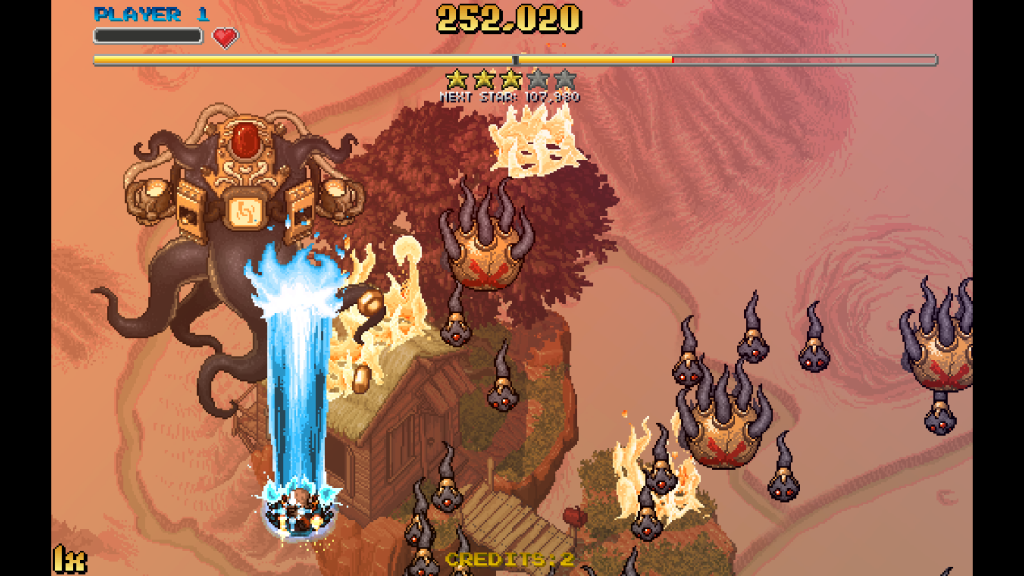 Though finishing the game won’t take much effort as it appears the main downfall of Jamestown is its brevity. I only spied what I believe to be four stages to be played, with a special level unlocked for completing the aforementioned stages on a high difficulty setting, a gauntlet of all 5 stages, and various challenges to really compel more play time from the player. Of course, if you’re a shmup regular, you know that replaying the stages for high scores and time attacks is really what the genre is all about, but 5 stages is a bit too lean a meal for such an amazing game. There is some DLC I believe, but I’m not sure to what extent it adds to the story or if it’s just random stages. All of that being said, that really is the only negative thing I found with my Jamestown experience. I beat the first stage on the easiest two difficulties (max rank on both) and was pleased with how it appeared the difficulty would scale. The controls were tight and the hit-box near perfect. The patterns were easily memorized upon viewing a few times and the boss battle evoked that sense of panic I like in these types of games. The challenges were the right mix of challenge and frustration (I once scored 249,496 points on one I need 250K for) and I can really see those as giving some longevity to the title.

I’m actually going to cut this review a little short tonight because I think that everyone really just needs to experience Jamestown for themselves. I could rave on about how well the graphics are done with a mix of retro and this-gen polish that make for a gorgeous artistic viewing or how the “Vaunt” system is an interesting way to mix up the tired “bullet absorption” trope, or any number of positive accolades I bestow upon it. But even in penning all these reviews the past week, the main focus isn’t ever what I have to say. Sure, I enjoy the modicum of discourse these reviews have generated, but as something that’s more an exercise in my own desire to look at things from a developer stand-point, I really just want people to play games. And with that, I bid you ado.